Beyond the festive aspect, the « son continu » festival is meant to be a place where knowledge is shared, and where the distance between artists and their public is as small as possible. The priviledged relationship that the musicians entertain with their instrument-makers as true crafstmen , is at the heart of the festival’s team’s preoccupations.
Therefore, during the festival, you will find places where you will hear:

– Historians and instrument-makers, celebrating music’s history and their love of instruments ;
– Artists presenting off stage the context in which they create their music, reflecting their analysis and transmission of their art.

Conferences are free and take place in one of the castle’s rooms. The modest capacity (approximatly 80 seats) allow the speakers to be close to the public. The communication methods are varied : projections, oral presentation, musical games… Exchanges such as Q & A can be established with the public.

Shadi Fathi : Poetry and music, dealing with love and mysticism in the Persian tradition.

« There is no veil between the lover and the beloved
You are your own veil , ô Hafez, you take it off » Hafez

Shadi Fathi will speak about the role of poetry in Iran, which accompanies every moment of people’s lives and is also a medium for philosophical meditation. For centuries, poetry has ravished princes and mystics alike. All Iranians, even if they are not poets themselves, know how to appreciate it. This moment of poetic exchange with the audience will be accompanied with music, interpreted by Shadi Fathi.

Born in 1977 in Tehran, to a Kurdish family, Shadi Fathi was trained on the setar by Ostad Dariush Tala’i, a master of the tar and the setar. She became a soloist concert artist from the age of fifteen. She studied the zarb with Arash Farhangfar and the daf with Mehrdad Karim-Khavari to improve her knowledge. In 2002, she moved to France and has been incorporating various projects (music, dance, theatre) that she enriches with her practice of classical Persian music. 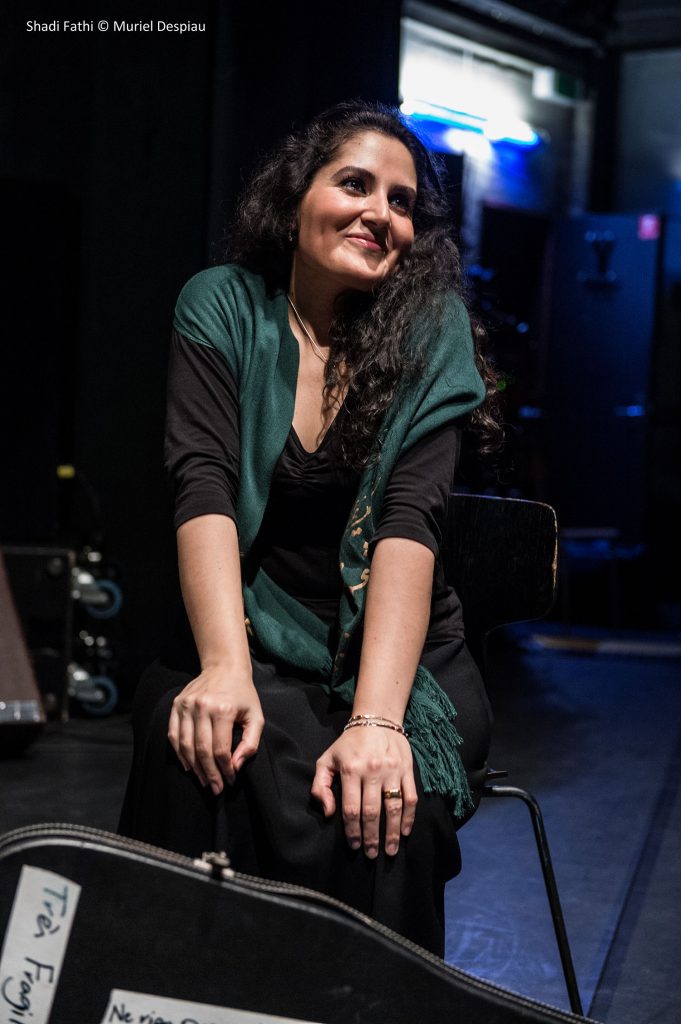 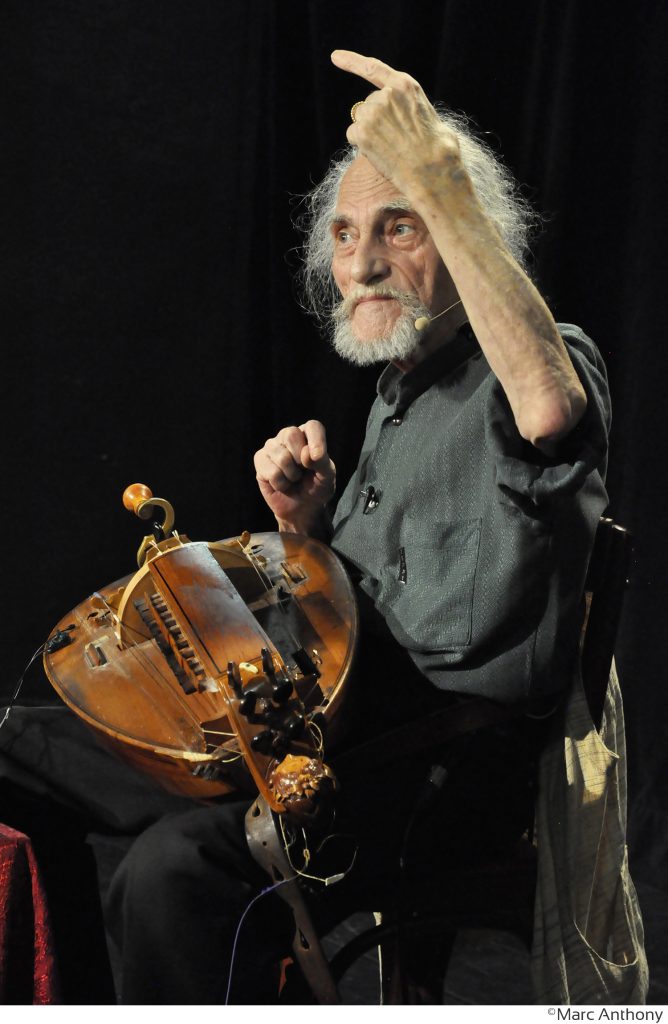 René ZOSSO (with the participation of Anne Osnowyez) : «Modal Thinking » in the field of hurdy-gurdy, a theoretico-practical approach to Western modality.

Tonal music, being a learned and polyphonic type of music, sometimes looks down upon its ”poor parents”: the single-voice singing from the Middle-Ages and popular tradition. Now, these musical styles belong to yet another musical period, closer to India than Mozart, which, being based on drones – two fixed sounds that are pivotal to the melody – uses many scales: the modes. Based on a tension-vs-loosening rhetorics, modal music confirms its immense, yet little-known wealth.
Because he has been ”singing and hurdy-gurdying” for 50 years, René Zosso knows the art of placing his voice within drone spaces. The DVD “Modal Thinking ” (published in 2017) shows it. Traditional “call and response songs ” as well as many medieval examples will give many clues to understand the originality of our modal music.

Born in Geneva in 1935, René Zosso first turned to a career in drama, then gave his first solo concerts, “Singing and hurdy-gurdying” in 1962. As a singer and hurdy-gurdy player for the Clemencic Consort (Vienna), for programs dedicated to the Middle-Ages, he made numerous records with this prestigious ensemble; he also collaborated with other bands: Micrologus, Lucidarium, Hora Decima (Italy). Since 1976, he has been playing with Anne Osnowycz, and recitals featuring music from the 12th and 13th centuries were presented throughout Europe. Parallel to his career as a musician, René Zosso has an narrator-recitant activity, with Alla Francesca (Medieval Music Center of Paris), or in different programs by Jordi Savall: ”Les Cathares”, “Jerusalem”, “Jeanne la Pucelle”, ”L’Eloge de la Folie » by Erasmus.

George Sand’s interest for the peasants’ mores finds a continuity in the revivalist movement that spread in France at the end of the 19th century.
The community of the «Gâs du Berry et aultres lieux du Centre» was founded by sculptor Jean Baffier, from Sancoins (Cher district) and Edmond Augras, a local biscuit-making-factory owner settled in Châteauroux (Indre district) in 1888.
Many groups of musicians (frequently multi-instrumentalists) were then constituted in numerous cities (from Bourges to Paris).
The musicians were dressed with «biaudes» (traditional shirts), and played traditional music with bagpipes.

For many years, Gérard Guillaume studied the records of La Châtre’s society , the only one that survives today. With the help of slides and sounds illustrations, he will deal with the musicians’ lives, during their collective tours or in their daily professional and artistic life. With all due respect, he will also comment on many darker aspects that the hagiography would rather ignore.

After physics and chemistry studies, Gérard Guillaume, who was born in Paris to a family from the South of the Berry region, turned towards the National Education’s administration. He is passionate about history and heritage, and has since 1985 been an editor in « La Bouinotte » team, the Berry region’s magazine. As a musician, he’s known by the wider public as the president of the « Convergences » association, the “George Sand comity”’s vice-president and the « Pierre qui chantent en Vallée Noire » festival co-founder. He is a self-taught multi-instrumentalist, and has successively discovered since his youth flutes and guitars from the Andes as well as bagpipes, before getting a more formal training for classical guitar and violin. 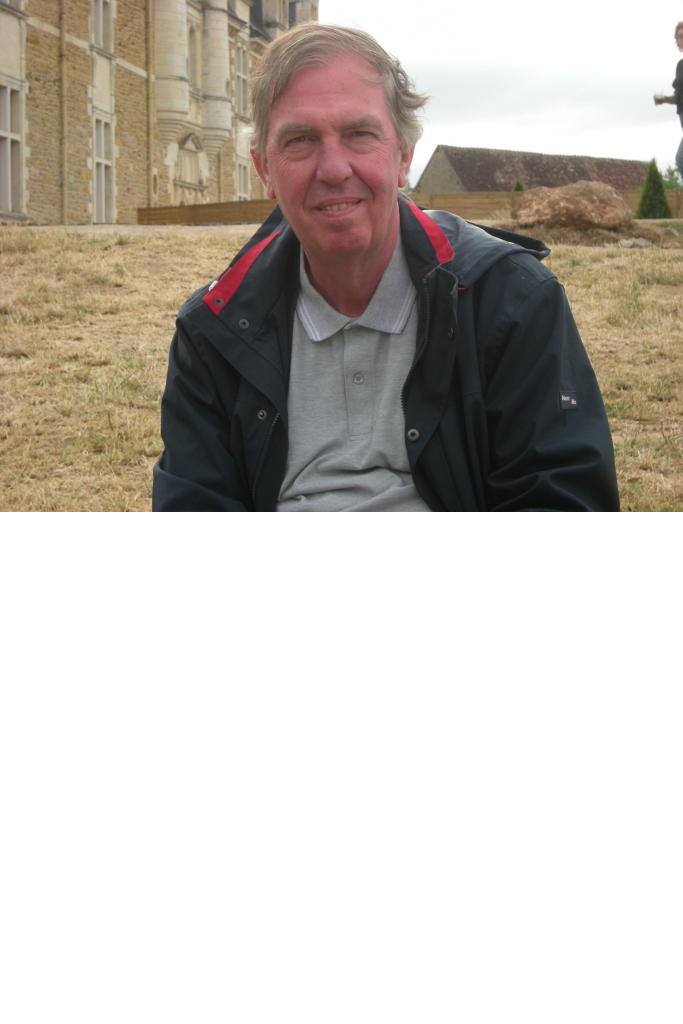 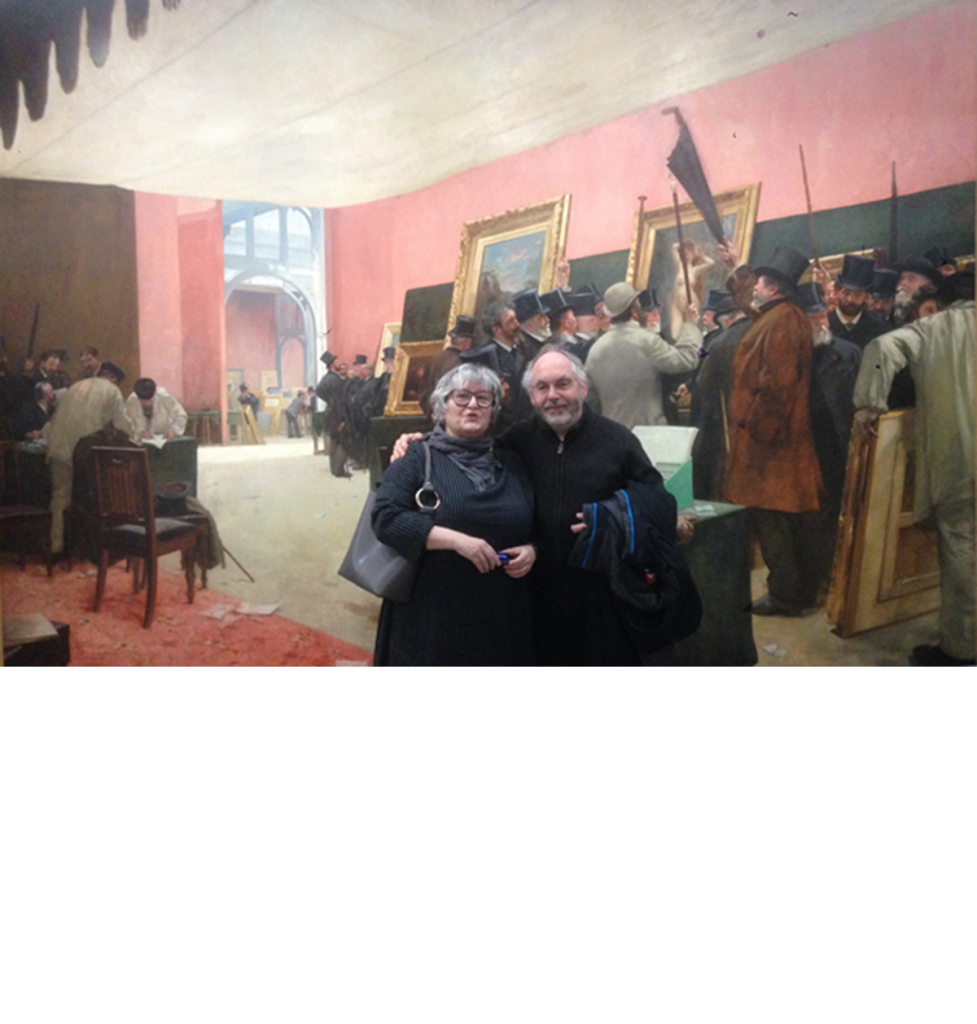 The hurdy-gurdies made by the Louvet family are authentic masterpieces of French lute-making from the 18th century and still surprise us by their qualities and exceptional beauty. But what do we know about this dynasty: Georges, Jean, Pierre, Jean (or Jean – Pierre?) and Alexander – Victor? First spotted in Normandy, then migrating to Paris and Lyon, even to Mirecourt, their genealogy is hard to understand. Being close neighbours, the most famous string- instrument-makers of Saint- Chartier – where they work year-round – will come to give us more information about them.